In a major achievement that would help transform the lives of fishermen across the coastal region of the country, ICAR-Central Marine Fisheries Research Institute (CMFRI) has successfully standardised the farming protocol of Indian pompano, a new candidate species for Indian mariculture.

Indian pompano (Trachiotus mookalee) is a pelagic (living neither close to shore nor bottom) fish species belonging to the family of ray-finned fish called carangidae.
The fish has immense potential for the mariculture as it has fast growth rate, easy adaptability to farming environment, acceptability to formulated feed, firm white as well as tasty meat and high market demand.

It is a newly bred marine finfish, adding to the list of available candidate fishes for mariculture. Breeding technology for the species was developed by Visakhapatnam Regional Centre of ICAR-CMFRI during 2017.  Since then seeds of the species have been constantly produced with good survival rate and experimental farming has been carried out in marine cages.

Now, the Institute has successfully standardised the viable farming technology of the species for marine cages. Sea cage farming is an aquaculture production system where juveniles of commercially important aquatic finfishes and shellfishes are stocked in cages, fed and grown to marketable sizes. Marine fish farming in cages is a lucrative business for poor coastal communities providing an important source of income. 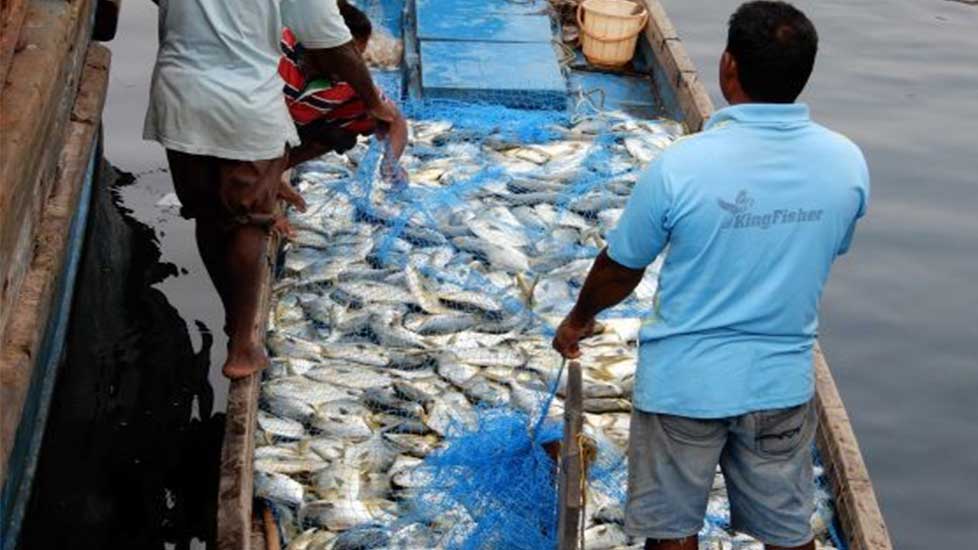 A net profit of Rs 1 lakh per tonne of fish will be registered by undertaking pompano farming in cages. This economic performance would attract the fishers to adopt this farming practice on their own that would substantially add to the food basket and nutritional security of India, ushering in a blue revolution in the country.
Fish production from the marine sector in India comes almost entirely from the capture fisheries despite having the huge potential for sea farming.

Unlike other South Asian countries, sea farming or mariculture in the country has long been confined to culture of seaweeds, pearl oysters, edible oysters and mussel in a few patches of the southwest coast. According to A Gopalakrishnan, Director of CMFRI, mariculture is believed to meet the growing demand in food industry. “In view of the present stagnation of capture fisheries production globally, the area could be profitably used for mariculture, adopting sustainable and socially acceptable methodologies,” he said.

Seven Movies Like There Will Be Blood You Must Watch

Support Pours In For Aisha Sultana